The Seat of CeTA

Audiovisual Technology Center (Centrum Technologii Audiowizualnych CeTA) is located in a building at Wystawowa Street in Wroclaw, right next to the historic architectural complex named the Pavilion of Four Domes, which, together with the Centennial Hall, is listed in the UNESCO World Cultural Heritage list. The complex lies next to the Szczytnicki Park, spanning over 100-hectar, which is one of the oldest romantic gardens in continental Europe. 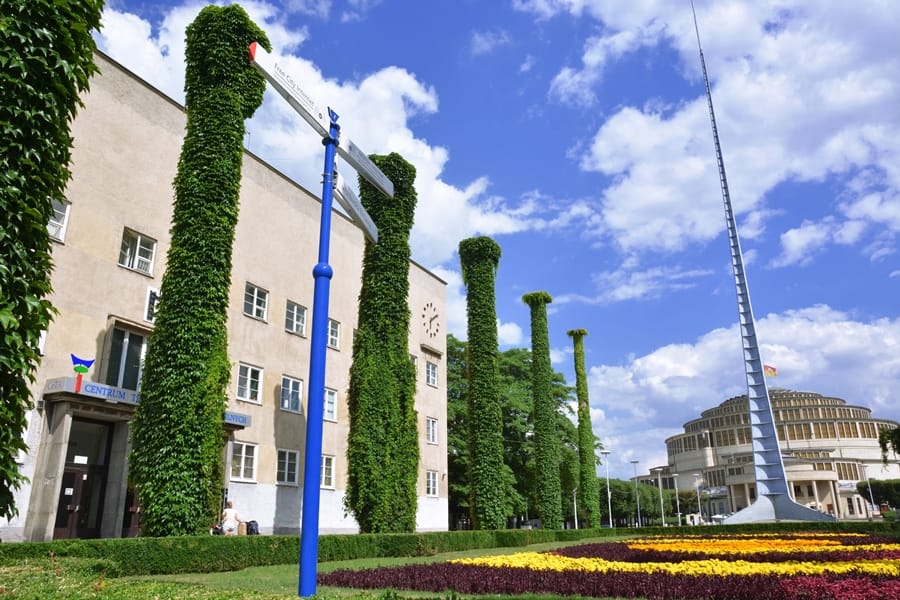 The Pavilion of Four Domes was created according to the project by Hans Poelzig in 1912-1913. Together with the Pergola and the Japanese Garden it was an attraction for the Century Fair, which was held to commemorate the battle of Leipzig in 1830, which was won by Prussia. The Pavilion’s inner courtyard had a fountain with a statue representing the Greek goddess Pallas Athena, designed by the Wrocław sculptor Robert Bednorz.

The Pavilion stood next to the Pergola – a 640-meter long, half-elliptic building with 750 columns linked with trellises that are all the more picturesque thanks to the vines winding around them. Situated next to the Pergola is the Japanese Garden, designed and created in 1913 by the then-famous researcher of Japanese culture, Count Fritz Hochberg and Japanese gardener Mankichi Arai. The Japanese Garden is an important sight-seeing spot to this day. 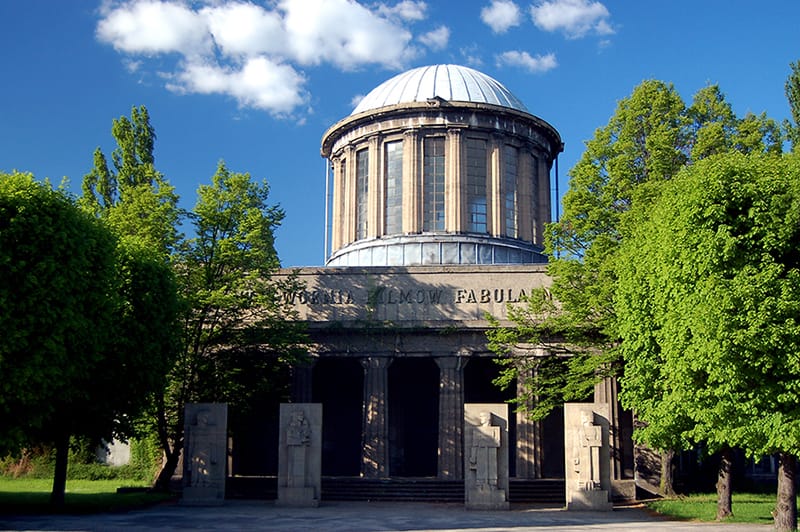 In 1954, the Wroclaw Feature Film Studio was established next to the Pavilion and it existed there until 2011, when it was reformed into Audiovisual Technology Center. Sound stages, chemical labs, scenographic workshops, actors’ dressing-rooms, props and costume storage were all organized here. In all, around 500 films have been made in the Wrocław company, of which many took a permanent place in the history of polish cinema. As the years passed, the Pavilion of Four Domes and its surroundings had undergone many changes, such as they were needed for the created images. Strolling along the Pergola and the Pavilion’s courtyard were: Zbigniew Cybulski, Beata Tyszkiewicz, Barbara Kraftówna, Wojciech Jerzy Has, Andrzej Wajda, Sylwester Chęciński and many other prominent creators of polish cinema.